Bormio and its neighbourhood are full of different routes to face by racing bike. Sure, the most famous are Stelvio, Mortirolo, Gavia passes and Cancano lakes. They’re famous thanks to Giro d'Italia, the race that chose Alta Valtellina as one of its locations.

Facing the hairpin turns of Stelvio by bike is a dream of all cyclists. Its altitude is about 2758 mt. You can try the climb by racing bike starting either from Prato allo Stelvio or Bormio.
The route from Bormio is 21 km and starts right away with a demanding slope. After about 8 km you arrive at the heart of the hairpin turns, where difference in altitude gradually increases. The last 4 km are the toughest and most tiring ones. However, getting there on top of the pass will be a unique feeling.

Once you start talking about Mortirolo you talk about a legend, you talk about the champion Marco Pantani. He was the one who made this climb famous, with his solo climb in 1994. An attempt to climb Mortirolo means a climb up to 1852 mt a.s.l. as well as very demanding slopes. The Valtellina starting points to Mortirolo are in Mazzo, Tovo or Grosio. These are considered as the most demanding starting points to Mortirolo.

With Bormio as a starting point, the climb to Gavia pass is about 26 km. The path is not one of the easiest, it’s quite demanding and particular. The main characteristic of Gavia pass is the alternation of easy parts with stretches where legs need to work a lot. Once you leave Bormio behind you, keep cycling until you reach Santa Caterina Valfurva, on a fairly large road. After that, the road narrows and that’s where the party starts! The alternation between demanding and easier stretches give you the opportunity to enjoy the panorama.

The Cancano climb has always been a favourite among MTB lovers, but road cyclists too have started to appreciate it recently. It’s a climb of about 14 km surrounded by an impressive natural landscape and by the peaks of Bormio, Livigno and Switzerland. Once you reach the Fraele towers, you can admire the two artificial lakes: the view is wonderful. This is not one of the most difficult routes, in fact the Cancano lakes tour is often recommended to beginners or families. 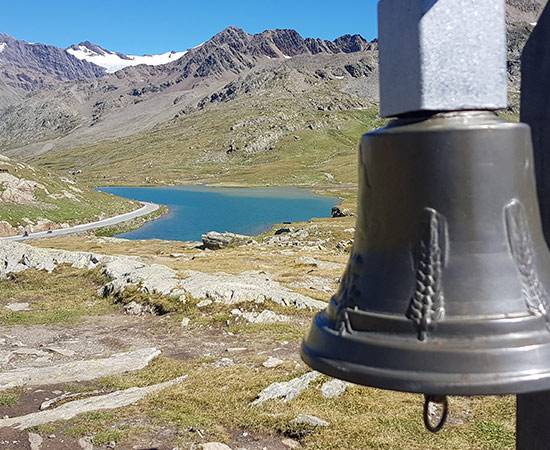 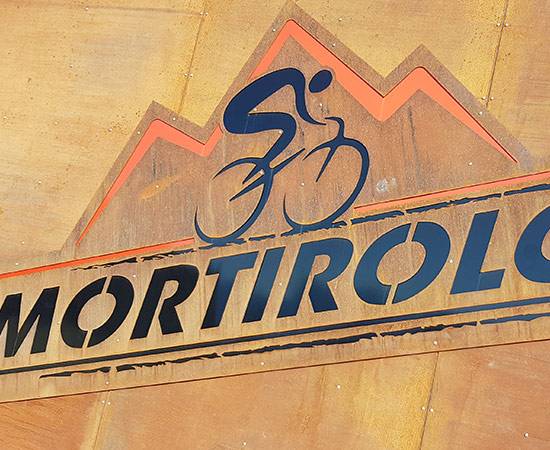 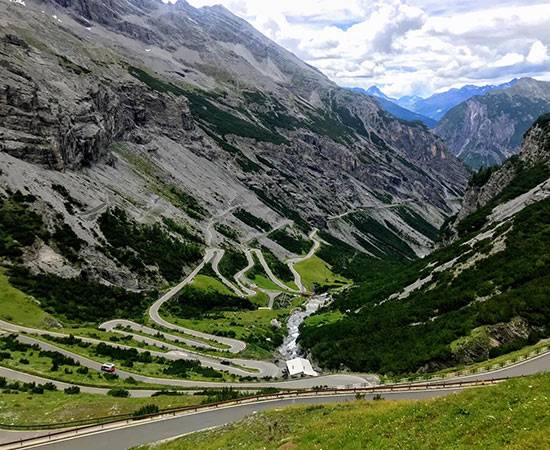 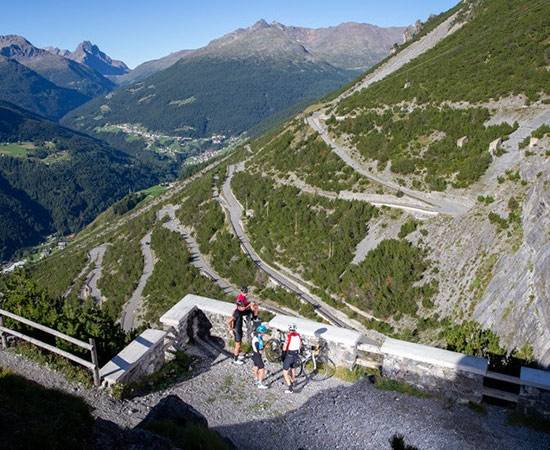 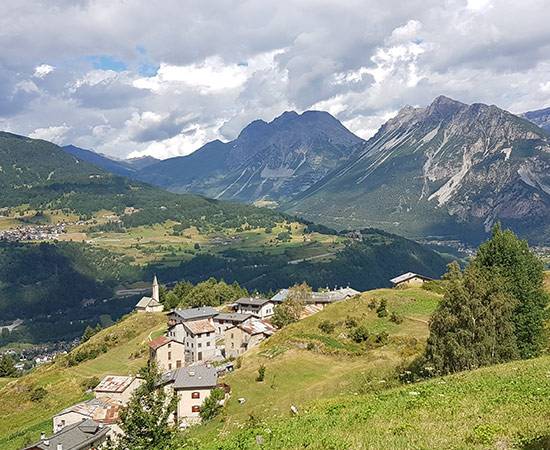 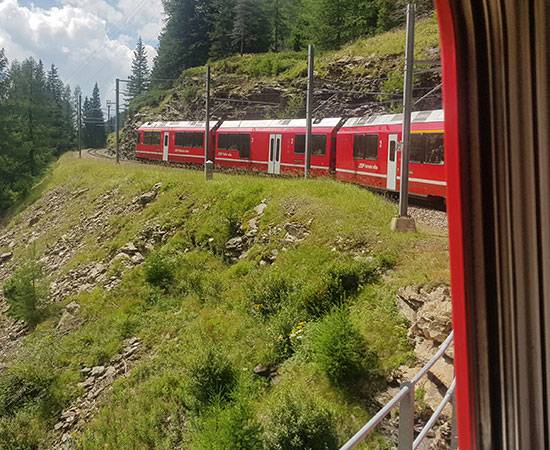 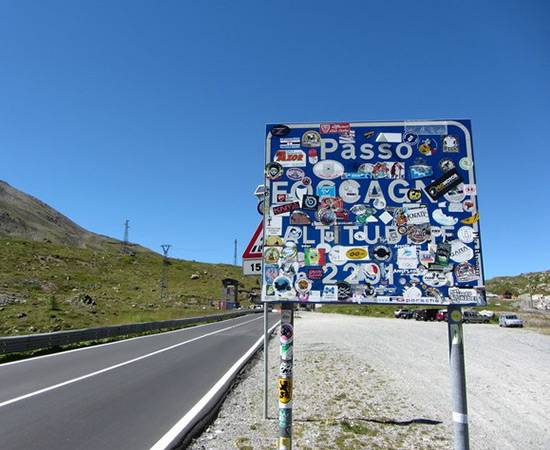 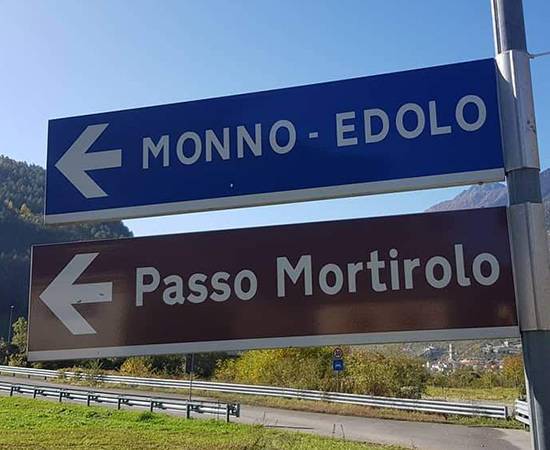 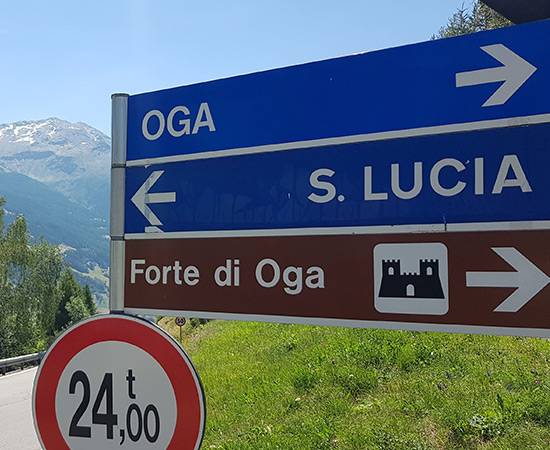 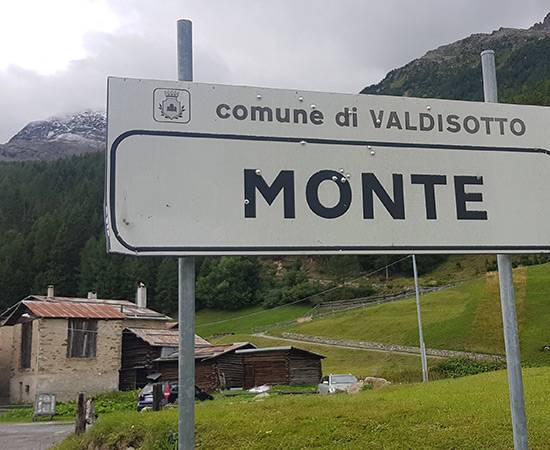 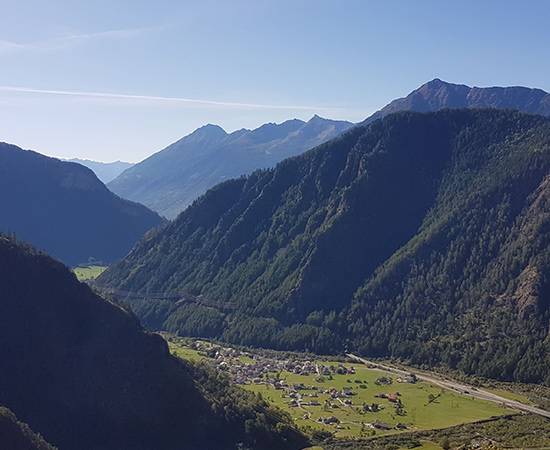 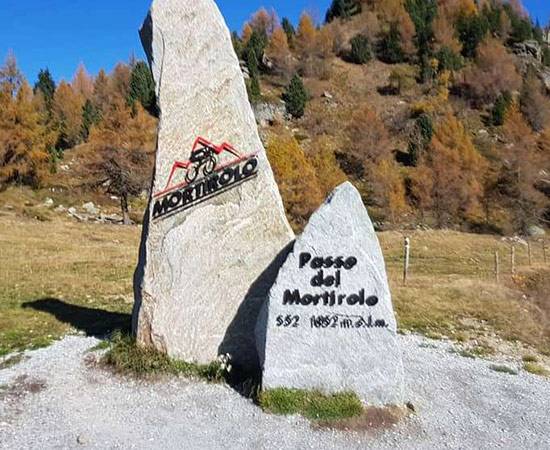 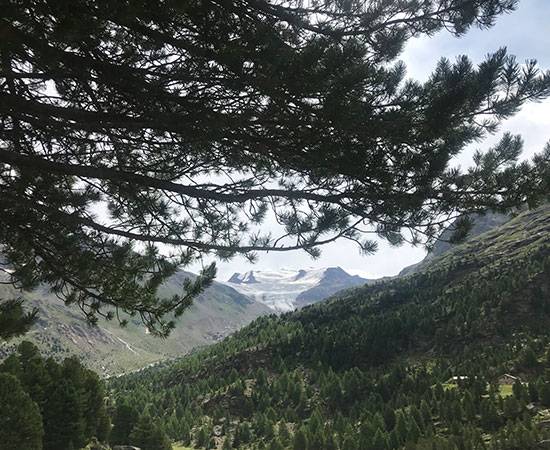 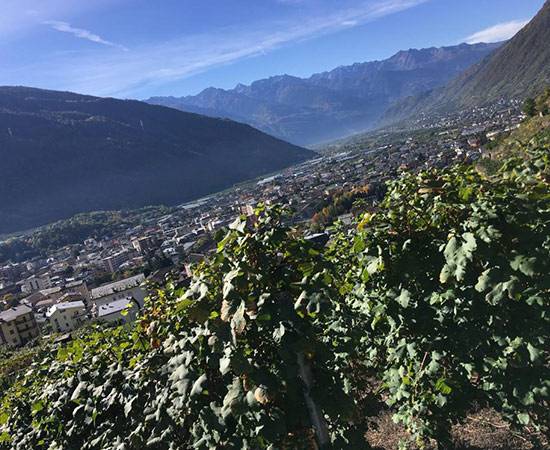 Are you a cyclist?

Hotel Funivia is the bike hotel in Bormio

A video monitored place where you can store your precious "friend"

To repairs or maintain your bike

You technical clothing will be clean, ready for use and with a nice smell

A dedicated and equipped place to maintain your bike

Fruit and sandwich once you start your trip. A way to recharge

A wide range of cycling itineraries on paper

The precious tips by our bike manager 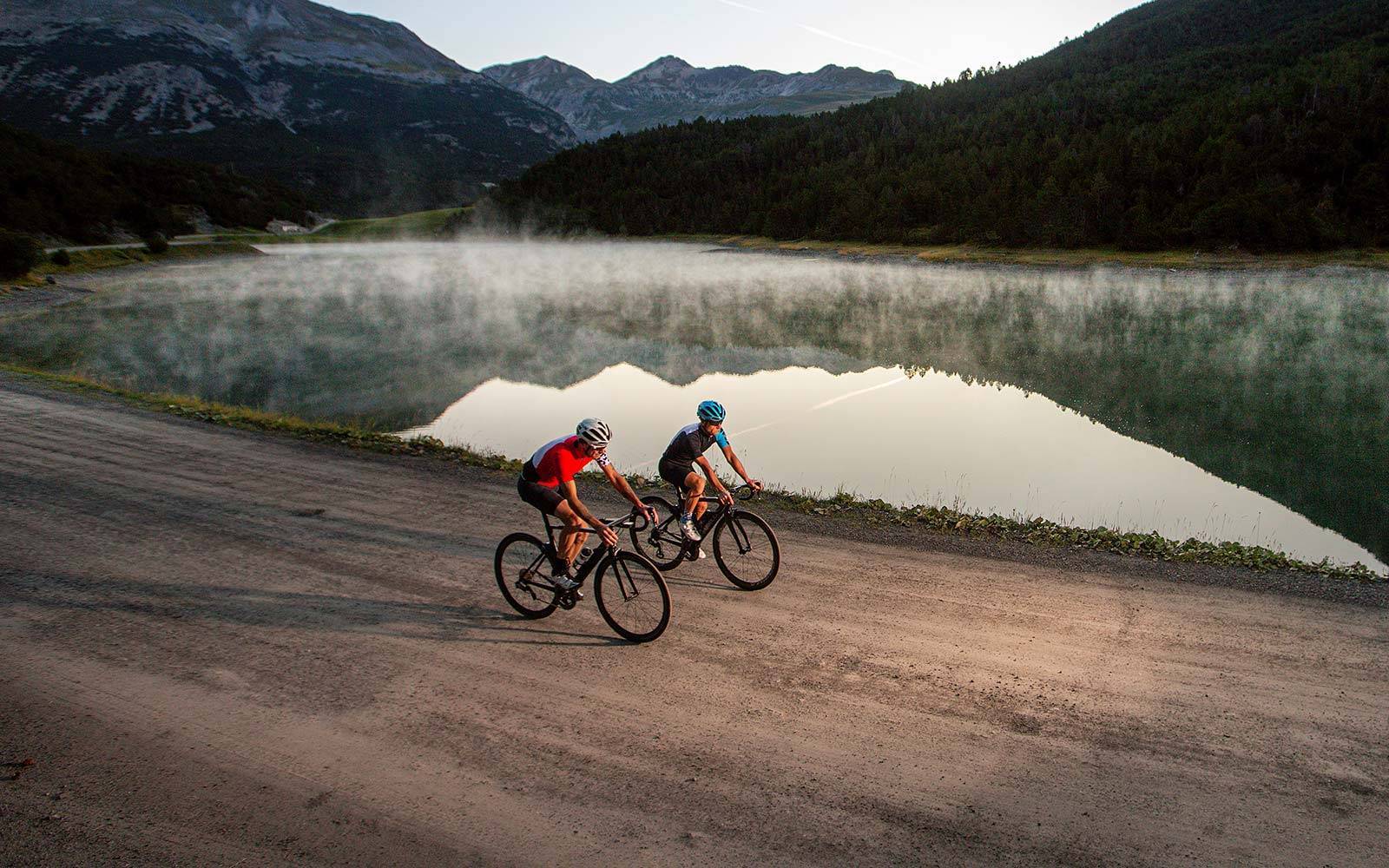 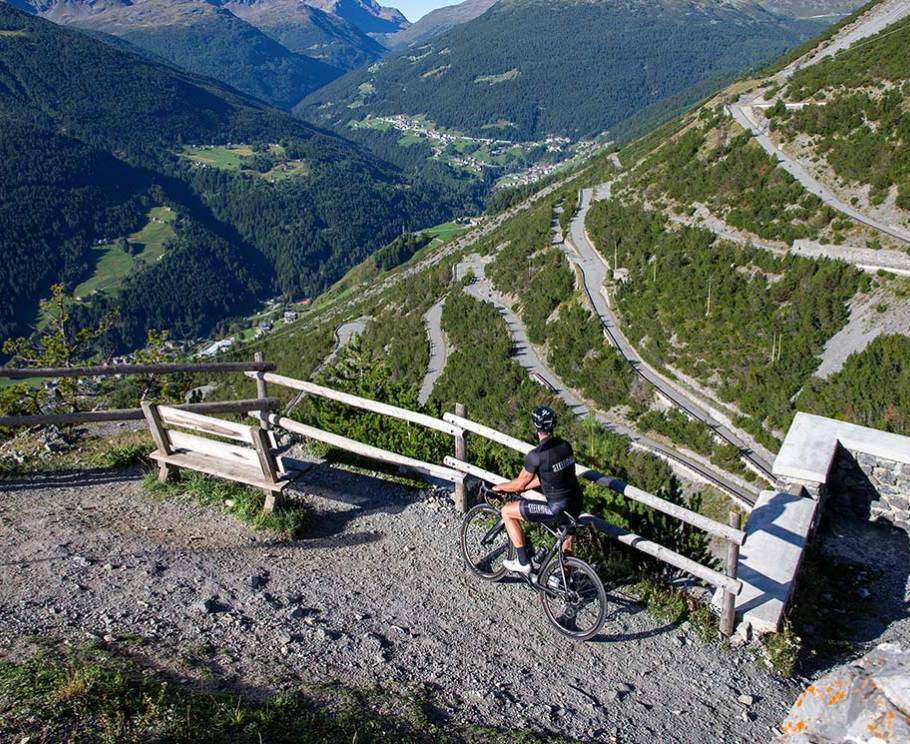 The best itineraries by road bike 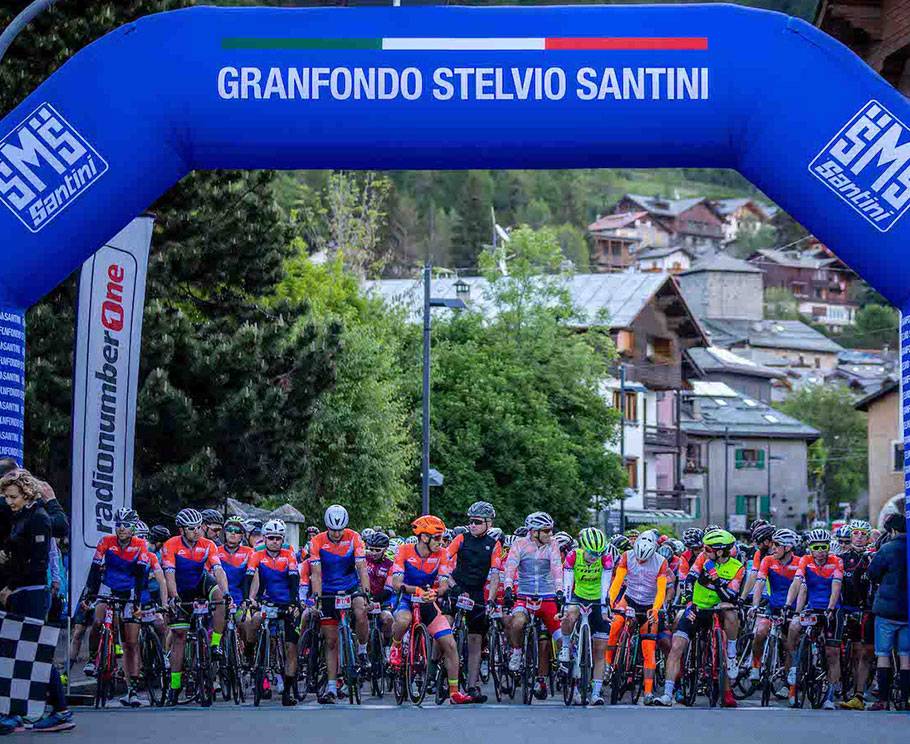 Opposite to the ski slopes in the winter. The perfect starting point to challenge the legendary alpine passes and the most beautiful climbs in the summer.